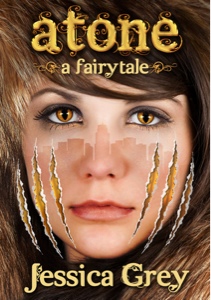 Two years ago not only had she and her best friend Alex found a real-life Sleeping Beauty in the middle of Los Angeles, they also discovered that they were powerful in their own right. They’ve managed to keep both their fae powers and their friend Lilia’s identity as a medieval princess a secret and live a normal life. Now their normalcy is threatened by the return of their former advisor at the Gem and Mineral Museum—and Becca’s least favorite person, Nicholas Hunt.

…and she’s about to find out that more than one fairy tale is true.

Nicholas has been obsessed with proving Lilia’s identity and the existence of magic. While working on an archeology dig he discovered an ancient fae artifact—a mirror that is imbued with a powerful protection spell that twists his obsession, and his body, until he is more beast than man. In order to protect her friends, Becca is forced to help him, and she is surprised to find that in spite of his outward appearance, Nicholas is no longer the beast she remembers. Will she let herself be the beauty that breaks the curse, or will she let her prejudice against him stop her from discovering true love?
Click here to add on Goodreads.
Click here to purchase on Amazon.
Click here to purchase on Barnes & Noble. 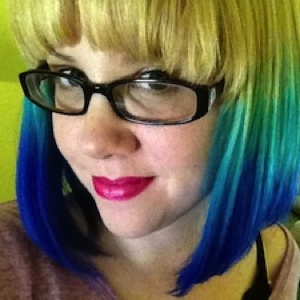 Jessica Grey is an author, fairytale believer, baseball lover, and recovering Star Wars fangirl. A life-long Californian, she now lives in Montana with her husband and two children where she spends her time writing, perfecting the fine art of toddler-wrangling, and drinking way too much caffeine.


Excerpt:
The room was empty save for a large, ornate mirror almost directly in the center of it.
The mirror frame was set on top of a heavy, three-footed stand that raised it up off the ground. The surface of the mirror was smooth and slightly beveled at the edges. It was tilted at an angle—Becca belatedly realized that it must swivel at the point where the frame connected with the stand—so that it reflected the sky outside the nearby window. The deep azure of the sky made it seems as if the glass itself was a large sapphire surrounded by an intricate setting. Almost, she thought, like a ring for a giant. It was just missing the band. Why anyone would position a mirror so it reflected the sky was beyond her. No one standing in the room would be able to see themselves in the glass.
The frame of the mirror was crafted out of pure gold. Strands of gold swooped out from, and then curved back toward, the glass of the mirror. Although the strands were elegant and delicate looking, Becca could tell that they were sturdily constructed. The mirror and its metal frame were causing an uneasy sensation in the pit of her stomach. Something more than just the deep, ancient magic emanating from it. It reminded her of something. She couldn’t quite place what.
She took a small step closer, coming up short as she felt Alex’s hand reach out and grip her forearm. Becca continued to stare, entranced, at the gold. It wasn’t just worked into random swoops as she’d thought at first. The tendrils were curved—thicker atthe base and then thinner as they reached back toward the smooth glass.
Golden claws. Curved and deadly looking. They created the illusion that the mirror was being held in the palm of a golden beast, its claws curving in as if to scratch the glass.
“Whoa,” she breathed out.
“Yeah,” Alex agreed. “Tell me I’m not the only one that sees claws.”
“I’m more interested in that spell than the claws.” Lilia took several steps closer to the mirror, her arms crossed defensively over her chest. “It feels…odd.”
Alex nodded and dropped her hand from Becca’s arm. “Sorry, I was just startled.”
“It’s okay. It’s disturbing looking. I mean, gorgeous as hell and probably worth more than that fancy car Nicholas has parked in the garage, but disturbing.”
“You’re right about it feeling odd,” Alex said as they joined Lilia in front of the mirror. “Not that I’m an expert on all types of fae magic, but I’ve never felt a spell that was put together this way.”
“He must have brought it home with him,” Becca reasoned. “I bet it’s a piece from Dr. Gagnon’s excavation. We know he found pieces from Arraine. He found Lilia’s bed, after all.”
“If we had such a thing in Arraine, I certainly was unaware of it,” Lilia said thoughtfully. “It is heavy with magic. It feels fae…but different.”
“It’s got a bit of a different motif than the other fae pieces we’ve seen,” Alex said dryly.
“Yeah, the claws are a new one,” agreed Becca. Most of the fae-worked pieces they’d seen before had featured braids and flowers. Not that the flowers always turned out to be friendly. “Why would Nicholas bring it here? Could he tell it was enchanted? Maybe he thought it would help him prove the existence of magic. Dr. Gagnon said he was still on that kick.”
Alex shook her head, her eyes still glued to the swooping tendrils of gold. “I don’t think anyone who doesn’t know how to handle magic should be anywhere near this thing. It’s making me really concerned about his whereabouts.” She tilted her head, squinting. “I can just barely see the spell if I look hard enough.”
Becca tilted her head similarly and narrowed her eyes. She could see it. Shimmering along the edges of the gold, connecting each individual claw with a hazy, dull gleam. The power pulsed from the spell slowly and deliberately. It wasn’t frantic with energylike many new spells are, but it wasn’t dormant. She had no real hope of figuring out what the spell’s purpose was by just looking at it. “Whatever it’s supposed to do, it’s still doing it.”