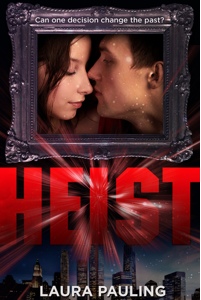 Can one decision change the past?
Jack Brodie has a sixth sense that someone has been watching him. Following him.

One night he travels back in time to one of the world’s largest art thefts, known as the Gardner Heist. Why that one moment in time? And what does it mean for Jack?

When he returns, his world is different. His best friend is rougher, meaner. His dad hasn’t been around in years. And then there’s Jetta. The girl who took over his heart the moment she stepped into his life. No one is safe.

Each time Jack goes back to the heist to fix his mistakes, he returns to face the fallout. Disaster strikes in the present until Jack must make a choice. His family and his own happiness. Or the girl he loves. Except, he learns that his sixth sense was right. 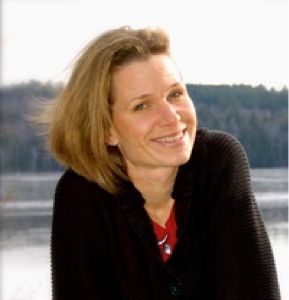 Laura Pauling writes young adult fiction. She lives the cover of suburban mom/author perfectly, from the minivan to the home-baked snickerdoodles, while hiding her secret missions and covert operations. But shh. Don't tell anyone!

Her YA Circle of Spies Series includes A SPY LIKE ME and HEART OF AN ASSASSIN. Book three, TWIST OF FATE will be released in the fall of 2013.

HEIST, a young adult, psychological thriller, will be released the summer of 2013.

Excerpt:
The cops return. Their fake swagger and cop routine is gone. Now they move and talk quickly, with purpose, with no one to impress or fool. They leave the lobby and take the stairs two at a time. I follow them on silent feet up a wide and smooth marble staircase into a small alcove on the second floor. I hover in the hall and peek around the corner, afraid of what I’ll find.
Light from fake candles cast a ghostly shadow on the mix of large and small paintings hanging on the walls. The room drips with elegance, like two old ladies should be sitting on the velvet love seat, sipping Earl Gray Tea and nibbling on rye crackers.
The cops survey the room like they’re kids in a toy store. Dad’s partner moves close to a painting and a screeching alarm sounds. The blaring noise echoes through the entire museum. They mutter curses, and I jump back and clap my hands over my ears, the sound drilling into my head.
Seconds later, it stops. My heart pulses in my throat, and I dare to peek into the room again. Dad has kicked in a motion sensor on the wall. The plastic is shattered and wires hang out. He stands on one of the three chairs, not caring about the street grit on his black shiny shoes, and pulls a large painting of a boat on the ocean from the wall.
Together, they smash the painting from the frame. A knife glitters. Dad pierces the painting and cuts it like he’s slicing an apple for his kid’s snack. Flakes of paint drift to the floor.
I lean against the wall in the hallway, a sick feeling in the pit of my stomach. My legs shake. I cringe at the sound of another painting being smashed from its frame. I want to go home. I want to party with my friends, eat a roast beef sandwich with Mom. I want to laugh with Jetta. I want to hold her hand and trace my thumb across her smooth skin. I want to pull her to me and feel her heartbeat against mine.
A strong hand grips my arm and jerks me into the room. “Looks like we have a little friend.”
I stare into Dad’s gleaming eyes. Eyes I don’t recognize. There’s no hint of a smile of recognition. Of course not.
The Gardner Heist happened in 1990. I wasn’t even born yet.