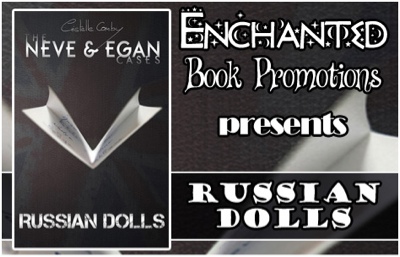 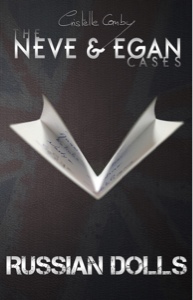 Title: Russian Dolls (The Neve and Egan Cases #1)
Author: Cristelle Comby
Genre: Detective, mystery, suspense
Synopsis:
Alexandra Neve is a student at University College London whose world suddenly falls apart. When her best friend jumps from the university’s rooftop, she can’t stop herself from asking, ‘Why?’ The police rule her friend’s death a suicide and for them the case is closed — so whom can she turn to for help?
Sometimes the person you need the most is the one you least expect to find, and in this case it’s none other than Ashford Egan, a blind middle-aged history professor, who’s more willing than most to listen to what she has to say.
Neve and Egan are as different as they come. She’s restless, careless at times, and fearless when the need arises, while he’s almost the complete opposite: a deep thinker with an analytical mind, a highly rational and collected individual.
As they enter the violent world of the Russian mafia, they must overcome their differences and learn to work together. It’s their only chance if they want to survive.
Author Bio: 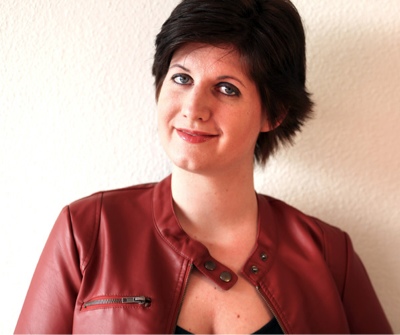 Cristelle Comby was born and raised in the French-speaking area of Switzerland, somewhere between Geneva and Lausanne, where she still resides.
Thanks to her insatiable thirst for American and British action films and television dramas, her English is fluent.
She attributes to her origins her ever-peaceful nature and her undying love for chocolate. She has a passion for art, which also includes an interest in drawing and acting.
Russian Dolls is her first new-adult novel, and she’s hard at work on the next titles in the series.
Links:
Website: www.cristelle-comby.com
Twitter: @cristelle

Review:
I am somewhat surprised by just how much I liked this book. I haven't been too into reading mysteries as of late, but I might have to rethink that decision. 'Russian Dolls' is a fast-paced, unique mystery. It's the kind of mystery that sucks you in and doesn't let you go until you reach the end and find out the truth. The story is wholly unique and the two main characters were different than your average mystery characters.
It all starts when college student Lexa Neve's friend Irina dies out of nowhere by allegedly jumping off a roof. It is ruled a suicide by the police, but Lexa doesn't buy it. Irina had always been a happy person with a bright future ahead of her. She refuses to believe that her friend would kill herself. She begins her own investigation and comes across a clue in Irina's room. She finds a list of names and places in her room. With the help of her history professor, Egan Ashford AKA Ash, she begins to uncover a human trafficking ring among the Russian mafia.
The story is engrossing and, at times, tense and frightening (in a good way). The plot kept my interest fully and I was kept guessing all the way through until the end. I'm pretty good at predicting mysteries, but this one was not easy to crack.
I have to say though that the best part of this book was the two main characters. They were both  well crafted and fully realized. Lexa is a young college student who is a bit of a loner while also being a little over zealous when it comes to rushing into crazy situations, whereas Ash is a middle aged blind man who is much more cautious. The two worked very well together and definitely brought balance to each other. They played off one another very well. He pushed her to be less careless and she pushed him to be a little less cautious. They made a perfect amateur detective duo.
I thought the writing was straight forward and not over done. It wasn't overly lyrical or pretentious. It was just right for this sort of novel.
If you enjoy action packed mysteries with unique characters, this book is definitely for you. It's been a while since I have read any mysteries and this book perfectly reminded me why I have always enjoyed the genre. This is the first book in a series and I can't wait to find out what happens in the books to come. This is a solid start to a promising series.
Rating: