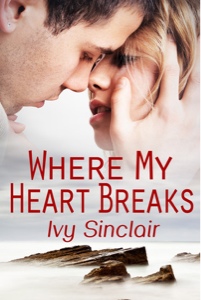 Synopsis:
If there were a course in screwing up your life, Kate Spivey would get an A+.

Trust is in short supply for Kate at the start of the summer before her senior year of college. Her parents sentenced her to spend it under the watchful eye of her aunt at the famous Willoughby Inn. It was further proof that she was a prisoner in, and not the decision maker of, her life. Nothing she does is good enough to prove that she learned from the mistakes of her past.

Almost immediately, Kate finds that her new summer home holds another person who understands the unfairness of her situation better than most. Reed Black has had his own share of tragedy and regrets, but instead of trying to fight his reputation, he embraced it.

Sparks fly between Kate and Reed, but Kate needs to steer clear of Reed if she wants to regain control of her future. He is one temptation she can't afford to indulge in, although fate seems to have other ideas for both of them.
Click here to add on Goodreads. 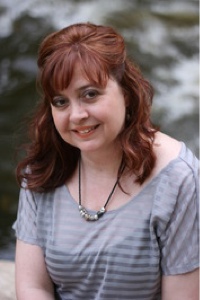 Ivy Sinclair cut her romance teeth on classics like Gone With the Wind, Casablanca, An Affair to Remember, and Sabrina. She is a firm believer in true love, a happily ever after ending, and the medicinal use of chocolate to cure any ailment of the heart. Ivy’s guilty pleasures include sushi, endless Starbucks lattes, and wine. Readers of Ivy’s stories can expect smoldering sweet stories of romance that tug at the heartstrings.
Website / Goodreads